Gordon Wong on the ‘natural law’ of forestry investment

Gordon Wong on the ‘natural law’ of forestry investment

Legal Services Director and co-owner, Gordon Wong reflects on his 30-year relationship with the company, for him an era of innovation, success and a sense of family.

Gordon was Forest Enterprises’ lawyer for 23 years while he was a partner in private practice.

“The first major brief I worked on was in 1992 – I was tasked with making forestry more affordable for retail investors.

“I had the idea to harness a (then) new company structure which allowed many more investors into each forestry investment. It lowered the entry cost, and gave investors tax deductibility and limited liability protection”, explains Gordon.

“It was a great collaboration between Forest Enterprises, the statutory supervisor, and my law firm. 44 new forestry investments were progressively launched and sold out in quick succession. It created a huge source of legal work for me!”

Gordon joined Forest Enterprises in 2014 as the in-house legal counsel and as a director/shareholder. It was a watershed year because the Financial Markets Conduct Act came into force. Forest Enterprises became a licensed manager and registered its investments, under the new Act, in 2016.

“I think what has made Forest Enterprises successful – then and now – is that we have the expertise and the courage to innovate,” says Gordon. “We innovate because we want to deliver the best results for our investors. And we strive to be the market leader in forestry investment.

“Our investors look for competent management and sound judgement. They expect the highest ethical standards and integrity. We deliver best practice in managed investments, forestry operations and corporate governance.”

From the firm to the forest

When Gordon first acted for Forest Enterprises, it was a small company with six employees managing a few forestry investments. Today, it has over $650 million of assets under management, 32 staff, two offices and over 6,500 individual investors.

“Being a trusted advisor as the company grew and now having a key role in its future are the aspects of my job I find the most rewarding”, says Gordon. “My responsibilities have expanded considerably, drawing on my legal experience and 30 years’ knowledge of the forestry industry to help grow the business.”

“I’m not trapped in an office thankfully. I enjoy the exhilaration of being out in the forest. Being close to nature helps me de-stress. Spending time in the forest and with our contractors also improves my legal advice, particularly around health & safety and environmental management.”

Gordon splits his time between Greytown while working in the Masterton office, and Wellington where he works from home one day a week.

For the whole family, forestry was the best choice

“There is no other investment we can literally see growing which offers the same financial, environmental and social rewards”, says Gordon.

“I first invested with Forest Enterprises in 1993 when my son was born, and again later for my daughter. When they were children, I took them to the forests, so they’d see the trees growing taller like them. As young adults, they now enjoy the good harvest returns and are proud to be contributing to New Zealand’s climate change goals.”

Gordon is a licensed marriage celebrant, officiating primarily for close friends and family. Gordon was the wedding celebrant on two separate occasions for Forest Enterprises managers.

“It was an honour to perform the nuptials instead of drafting the pre-nuptial agreements!” he jokes. “Actually, being chosen for such a special role reflects the collegiality and strong relationships we all enjoy at Forest Enterprises”.

Photo 2: Gordon officiating at a wedding at Boomrock, Wellington in March 2021. 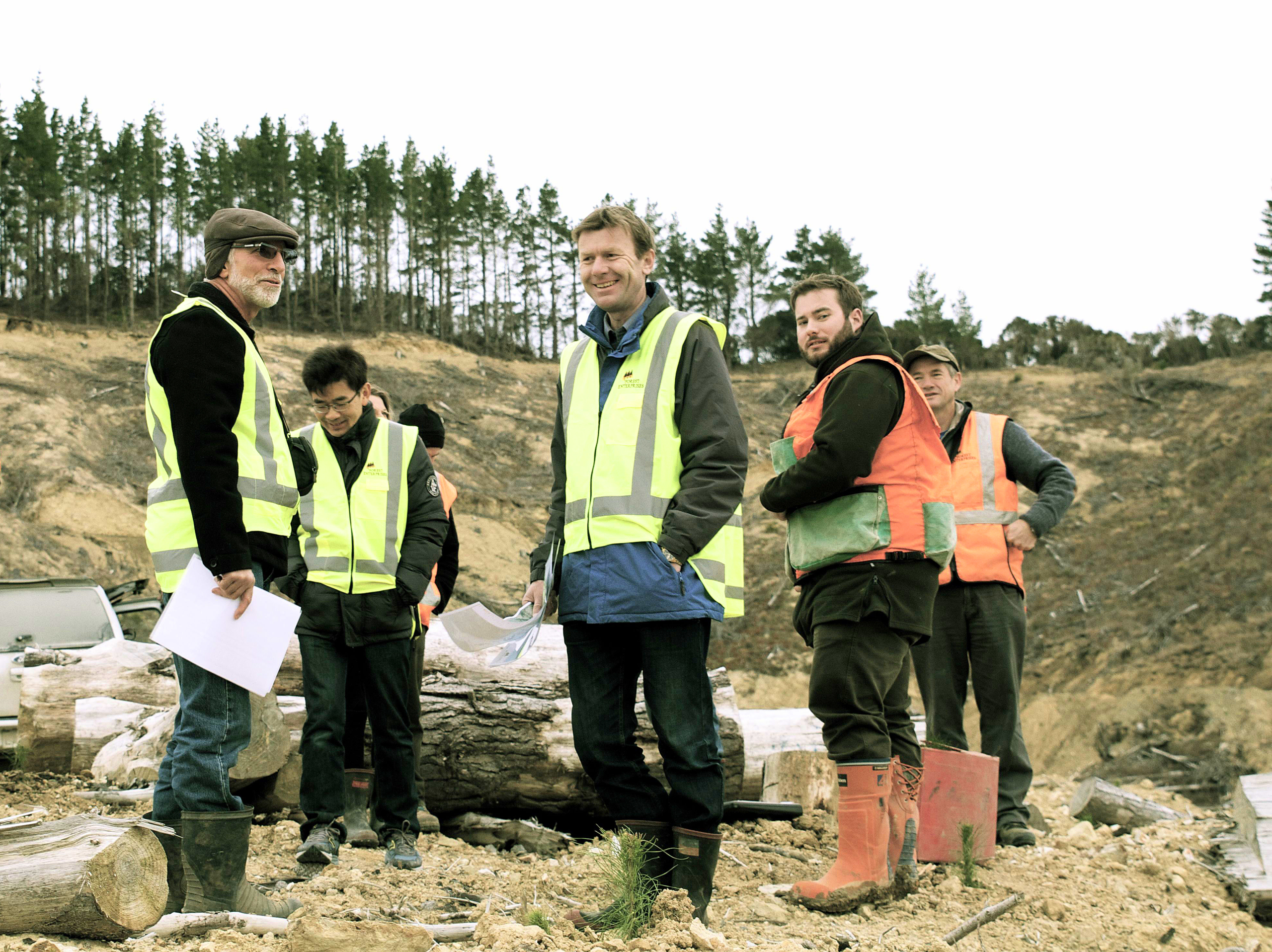 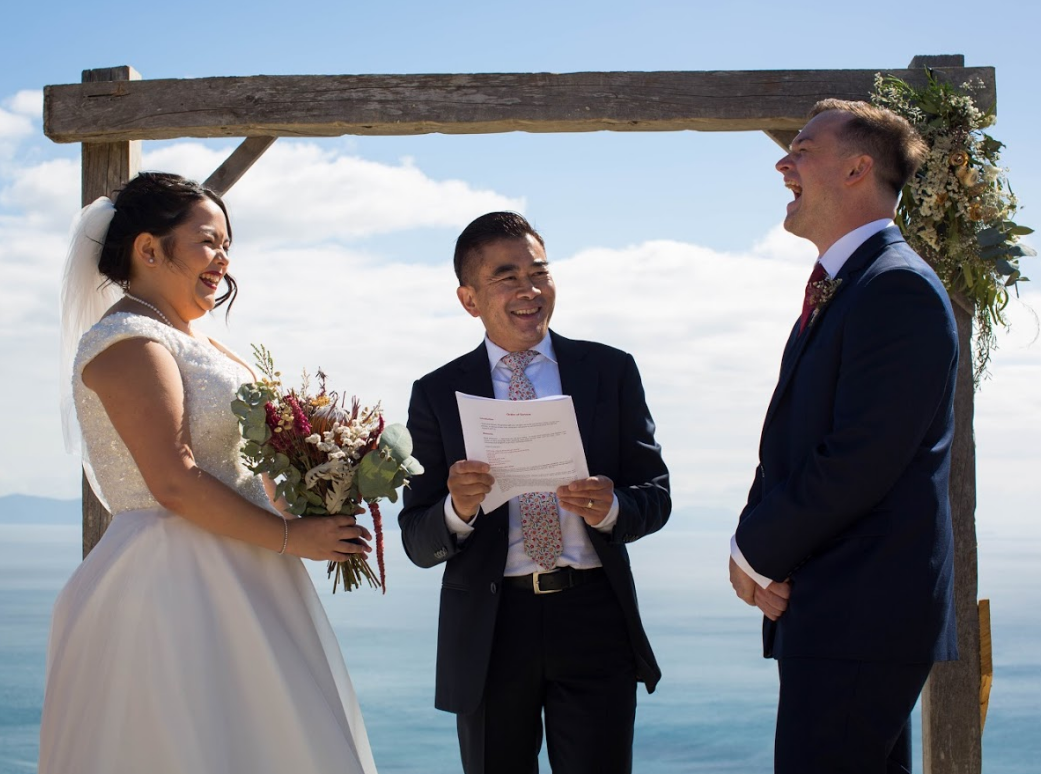